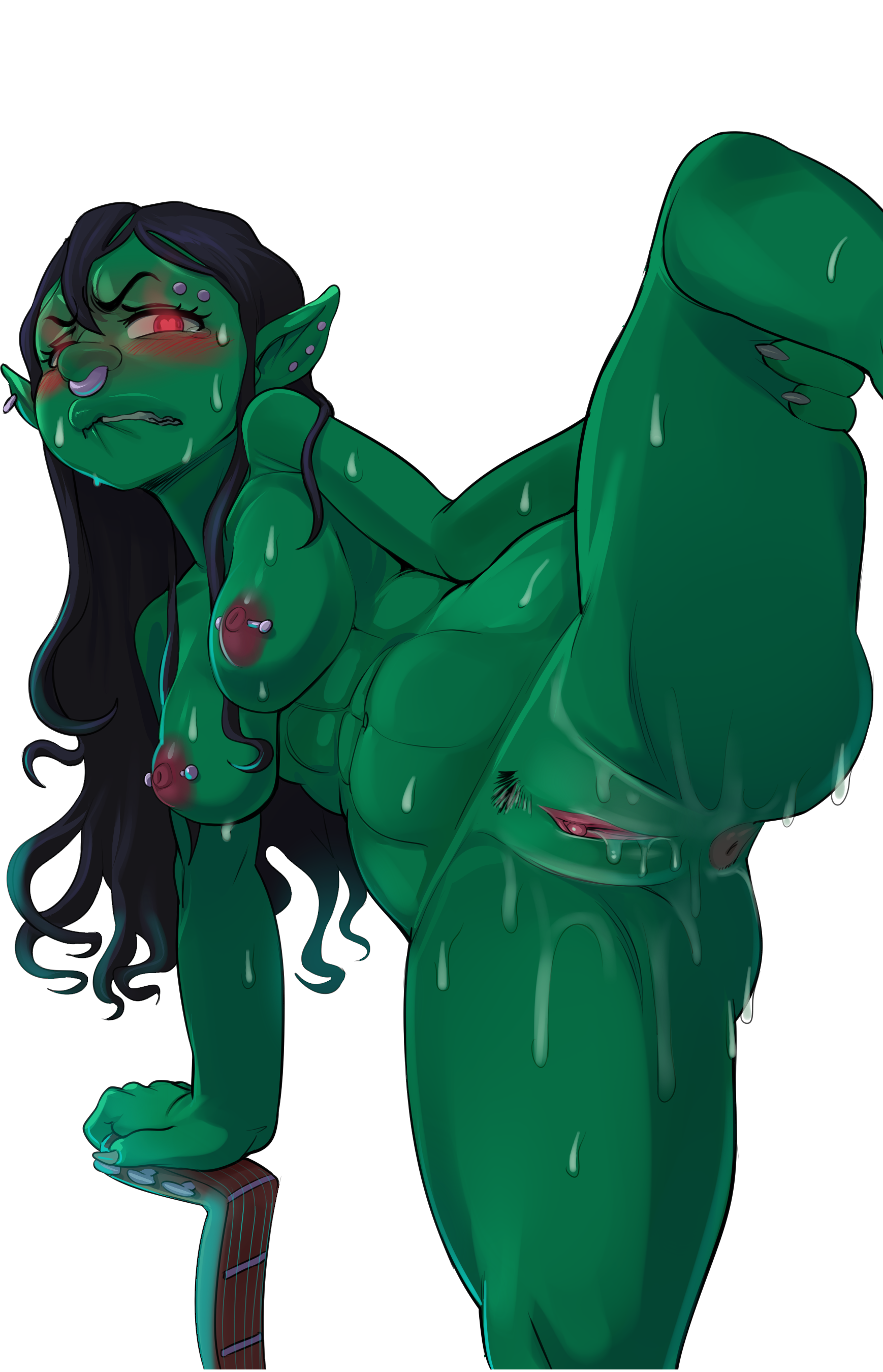 High falootin’ bard with a snobbish attitude that would make even a high elf self conscious, Bara simultaneously thinks too highly of herself while also being deeply secure. As the self-proclaimed nightly entertainer of the Half-Pint Lady, she can carry a tune and can take a strong dicking (although would never admit to it), but she isn’t good for much else. She has an intense rivalry with Zuub, finding her attraction for humans to be “desperate attention seeking”. This is really just jealousy of her stealing the limelight, and usually the hottest guys. Bara’s massively hypocritical feelings for humans just adds to her frustration. Since she’s incapable of being honest with her feelings, she often puts on a tough front.

Her career definitely hasn’t gone the way she wanted either. She’s been performing at the Half-Pint Lady for years, but Cecilia still won’t let her perform in the concert hall for big events. Why won’t anyone recognize her worth?! It couldn’t possibly be that the concert hall hasn’t been used in years, Cecilia just has it in for poor Bara.

Even with the ring making her go insane from lust, she still pretends she isn’t interested in sex. She also pretends she’s not interested in a well-hung, handsome paladin like Marcus. Some goblins are just unable to be honest with themselves and even if Marcus is potentially pounding her round green ass this night, Bara will still insist she’s doing him a favor.