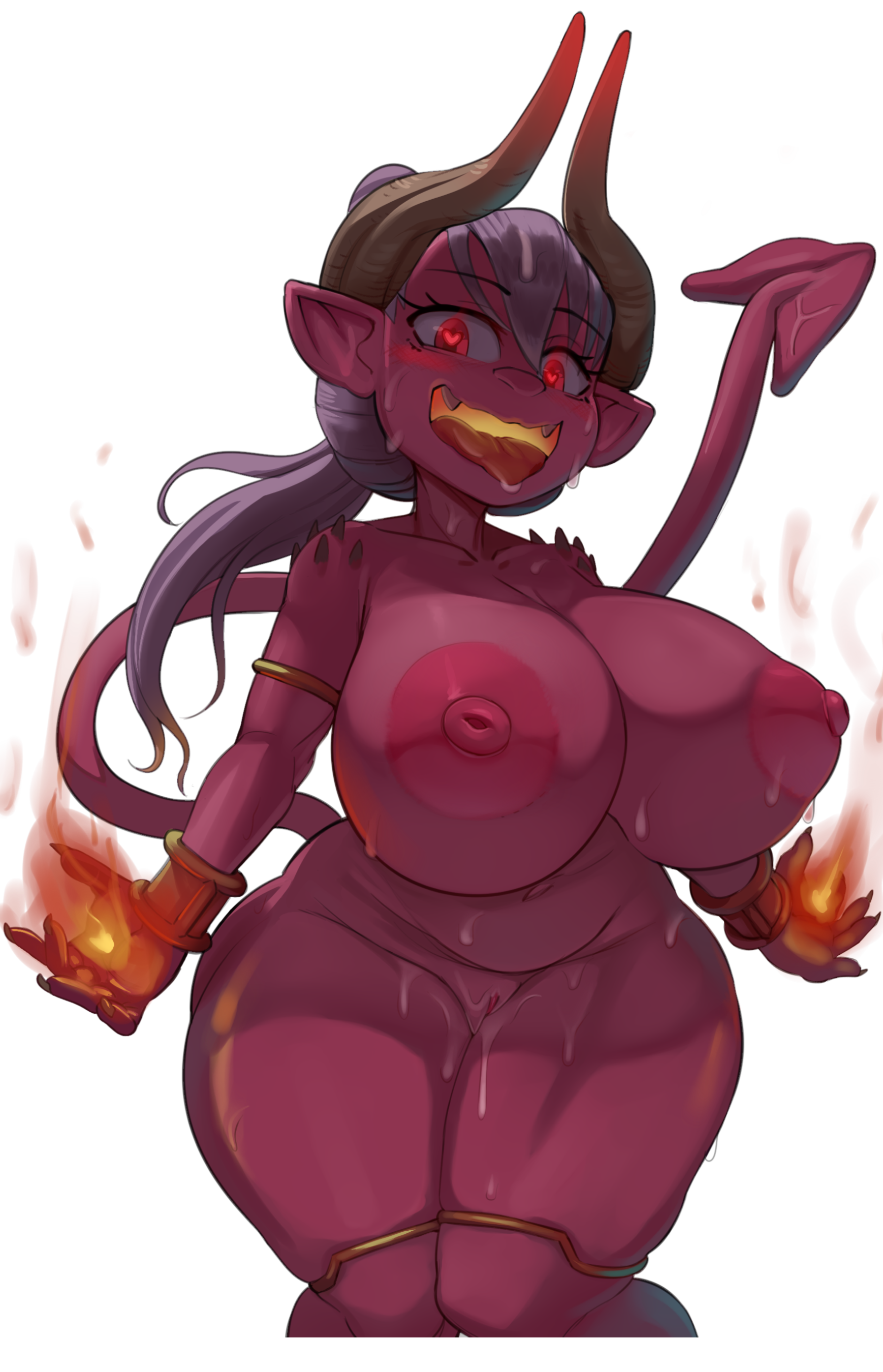 The weakest of the Infernal Storm’s denizens, imps are often toyed with and used by fledgling sorcerers. Bromy is no exception and was bound to the mortal plane, then forgotten and left to her own devices. She has a grim sense of humor and a complete apathy towards death, as no matter what happens to her, she eventually comes back to the mortal plane. Still, she’s made a life for herself in the Half Pint Lady by tending the fireplace. It doesn’t pay much, but she’s got a roof over her head. She largely remains aloof and withdrawn from most mortals, despite many men chatting her up. They’re clearly attracted to what would otherwise be an easy lay, but she’s acquired a particular taste in men. To be more specific, she’s into those pent up religious types. Bromy KNOWS how they can get, with the right temptation. There is nothing like some hardcore frustration fucking, not to mention the tingling sensation you get from a nice sprinkling of holy ‘water’.

Bromy usually keeps her proclivities suppressed for the sake of her job, but after sunset, her fetish kicks into overdrive. With a tasty looking paladin running loose in the Half-Pint Lady, how could she possibly resist the ring’s power? She can just imagine making fun of him for being a goody-goody even as his dick is reaching into her guts. A holy man getting it on with one of the lowest of demons? The irony of that gives her great satisfaction and the gods will surely laugh at such a cosmic joke on this lust filled night.