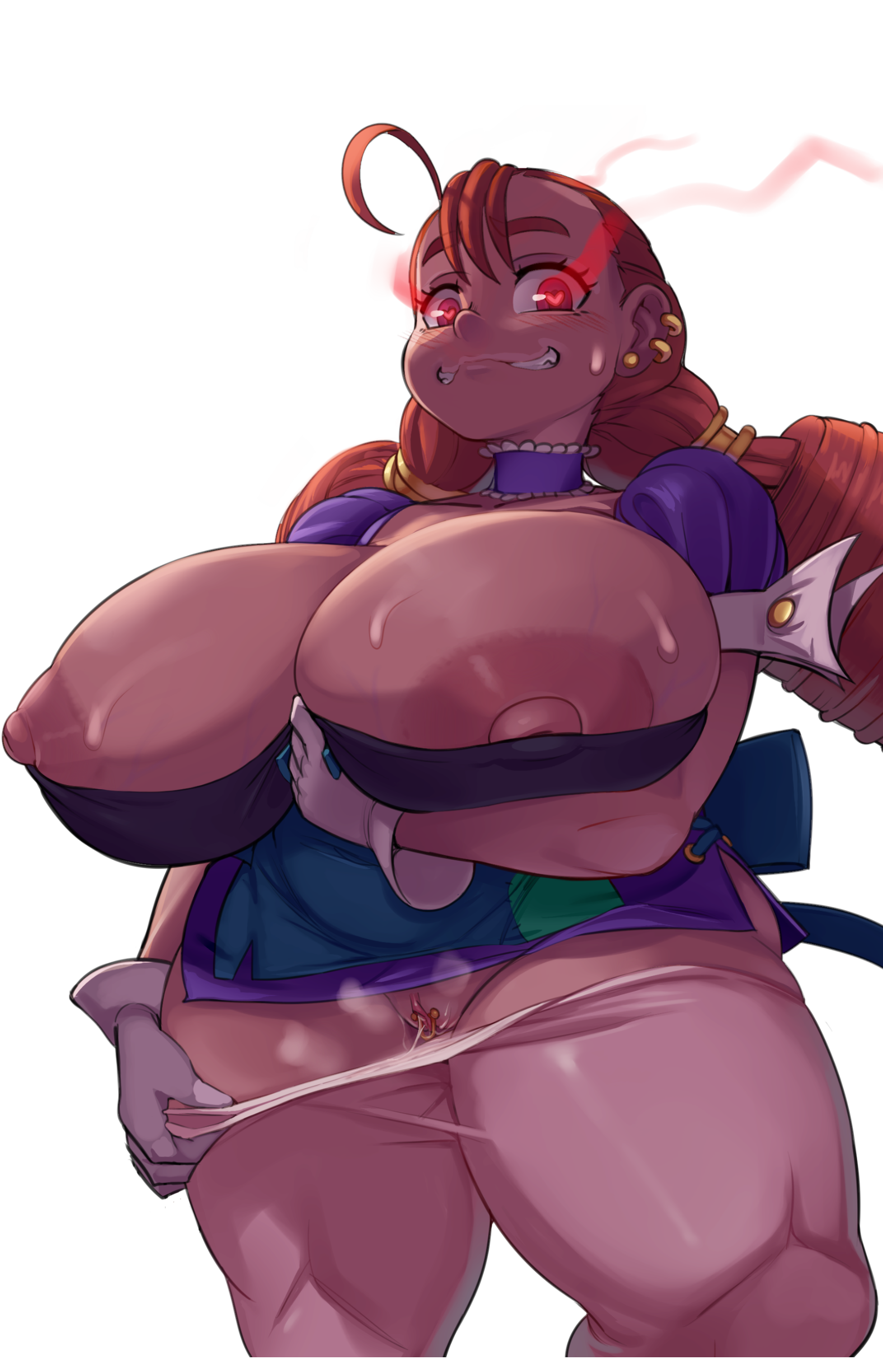 A dwarf with a heart as big as her….personality, Cecilia is the inn’s matron and caretaker. You couldn’t meet a friendlier dwarf in all the 9 Kingdoms. She’ll serve you grog and ale with the brightest of smiles and make sure your stay is a pleasant one. A lot of patrons flirt with her, but she knows that they’re just looking for easy sex before getting back on the road. It takes a bit more effort than that to catch her interest, and even more to make it last. Still, she longs for the day, or perhaps the night, she meets the man of her dreams.

When Marcus arrives and she sees the ring on his finger, she immediately knows that tonight is going to be a disaster. She’s seen it play out before. Rather than cause a ruckus and worry her patrons, she quietly barricades and locks down the tavern after everyone’s gone to bed, in the hopes of mitigating the property damage the crazed shortstacks will cause.

The two of them later meet in the storage rooms, where she tells Marcus of the ring’s curse. Due to being barely taller than the other shortstacks, she avoids its dark influence (or so she claims). She cuts a deal with him and the two of them work together. She knows Marcus will leave in the morning, but in spite of that, she can’t help but let her fondness for the hapless paladin grow. After all, how could a lonely dwarven matron resist the allure of a young, hot blooded paladin like him?